The Gaia Follow-Up Network for Solar System Objects (Gaia-FUN-SSO) has been set up in the framework of a task (DU459) of the Coordination Unit 4 (Object processing) of the Gaia Data Processing and Analysis Consortium (DPAC). Its goal is to coordinate ground-based observations on alert triggered by the data processing system during the mission for the confirmation of newly detected moving objects or for the improvement of orbits of some critical targets. Gaia will scan the sky following a pre-defined scanning law and such ground-based observations are required to avoid the loss of newly detected Solar System objects and to facilitate their subsequent identification by the probe.

These pages provide an access to the alerts, including the ephemeris to help finding the targets, for the registered members of the Gaia Follow-up network. The network currently consists in about 80 observers in 27 observing sites, spread all over the world (January 2018). 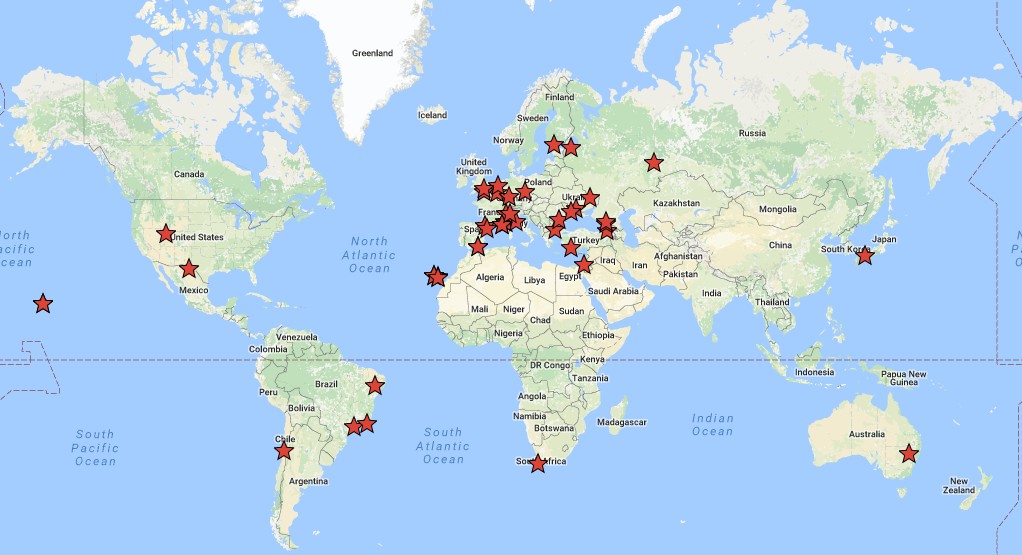 We are publishing alerts daily since early November 2016. You can find the statistics on the released alerts and on confirmed Gaia discoveries from the ground in the Results page.

Three Gaia-FUN-SSO workshops dedicated to the astrometric follow-up of the Solar System Objects have already been organized in 2010, 2012 and 2014 in Paris Observatory. Discussions has been held about this network and the tasks to be accomplished, the capabilities of the observing sites and the preliminary actions already performed.

To get a full access to these pages and to share data, you must be registered as active participant of this observing network. For this registration, please use this form . This network needs to have a large geographical coverage: if you are interested, do not hesitate to contact us!